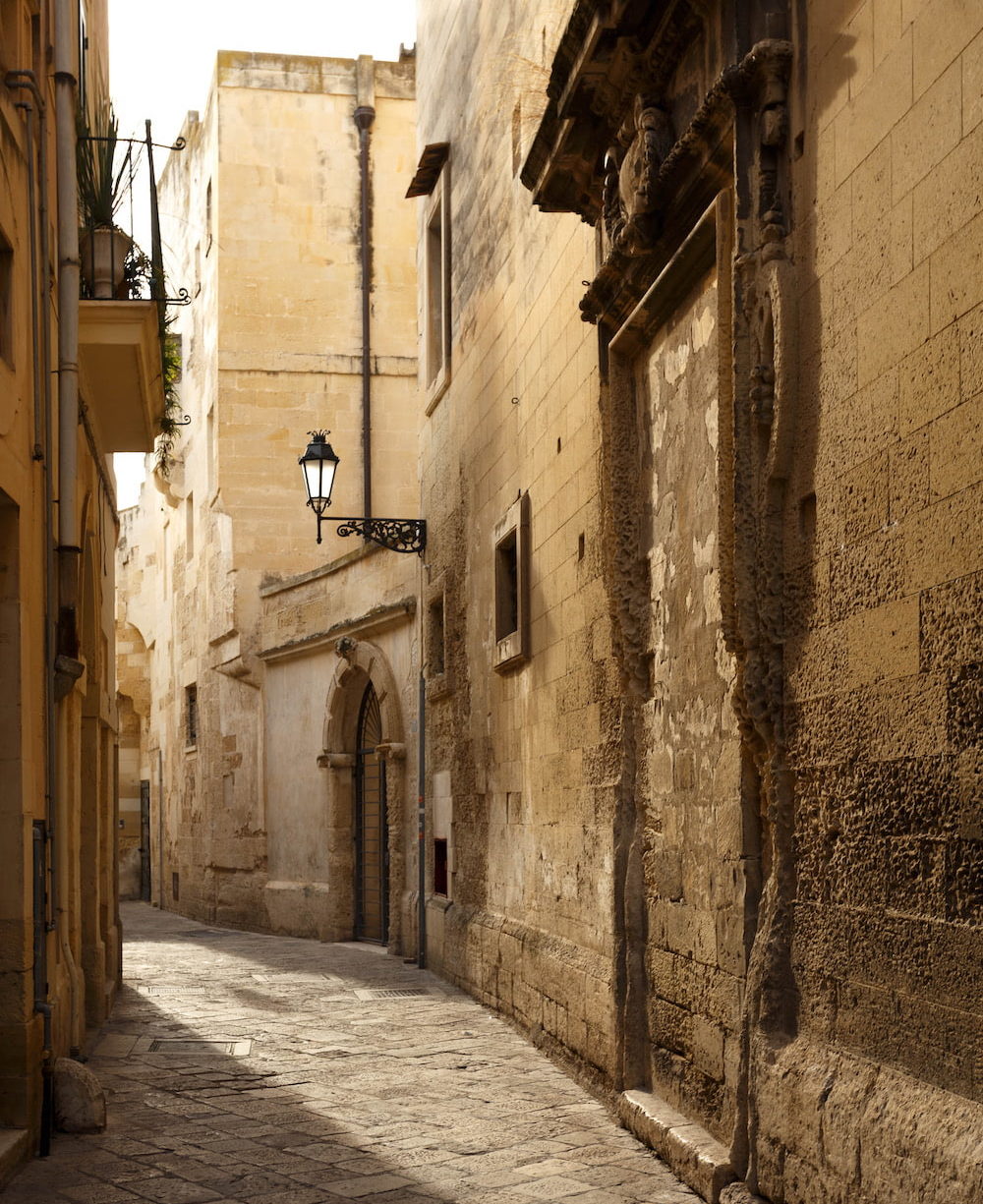 In my opinion, Lecce is one of the most beautiful cities in Puglia. It is the heart of Salento and can be reached in an hour’s drive from Messeria Alchimia.  Famous for its Baroque buildings and impressive architecture, it is considered the Florence of the south.

The historic centre leaves you speechless. You enter through one of the old city gates. There is so much to see: the majestic church of Sant’Oronzo, the bell tower, the archbishop’s palace and the cathedral, and then the church of Santa Croce and other noble buildings. All the buildings are built with blocks of Lecce stone and tuff of a beautiful light colour.

Don’t miss the Duomo, built in 1144 and later restored with the addition of a bell tower and an octagonal loggia. And also the Roman amphitheatre, which dates back to the 2nd century BC.

Strolling through the characteristic narrow streets paved with light-coloured stone is the MUST museum, which has some very interesting exhibitions, I suggest a visit!

A few steps away from MUST, you will find the beautiful textile design shop Society and the trendy café Doppiozero, where the ham for the sandwich is cut directly at the bar and they also make excellent roast beef and chicken curry with basmati rice. A restaurant that is different from the usual trattorias is Bros, which promises an unusual dining experience, highly recommended!

You must also try the rustico leccese, the mid-morning snack of the true Leccesi, a rotisserie product made of puff pastry and filled with béchamel sauce, mozzarella, tomato and a pinch of pepper. Excellent!

There are all kinds of shops in the historic centre of Lecce, and it is not difficult to find local craft shops. You can observe masters and assistants working mainly in stone and papier-mâché.

Because of its beauty, Lecce has been chosen as the setting for films and even famous commercials. A few years ago Ferzan Ozpetek directed the film ‘Mine Vaganti’ (to name but one), which was shot in the squares and streets of Lecce, which the director himself loves so much.

I advise you to look for a car park near the station, on Viale V. Quarta, from where you can quickly walk to the historic centre. The historic centre is a no-traffic zone (except for residents). 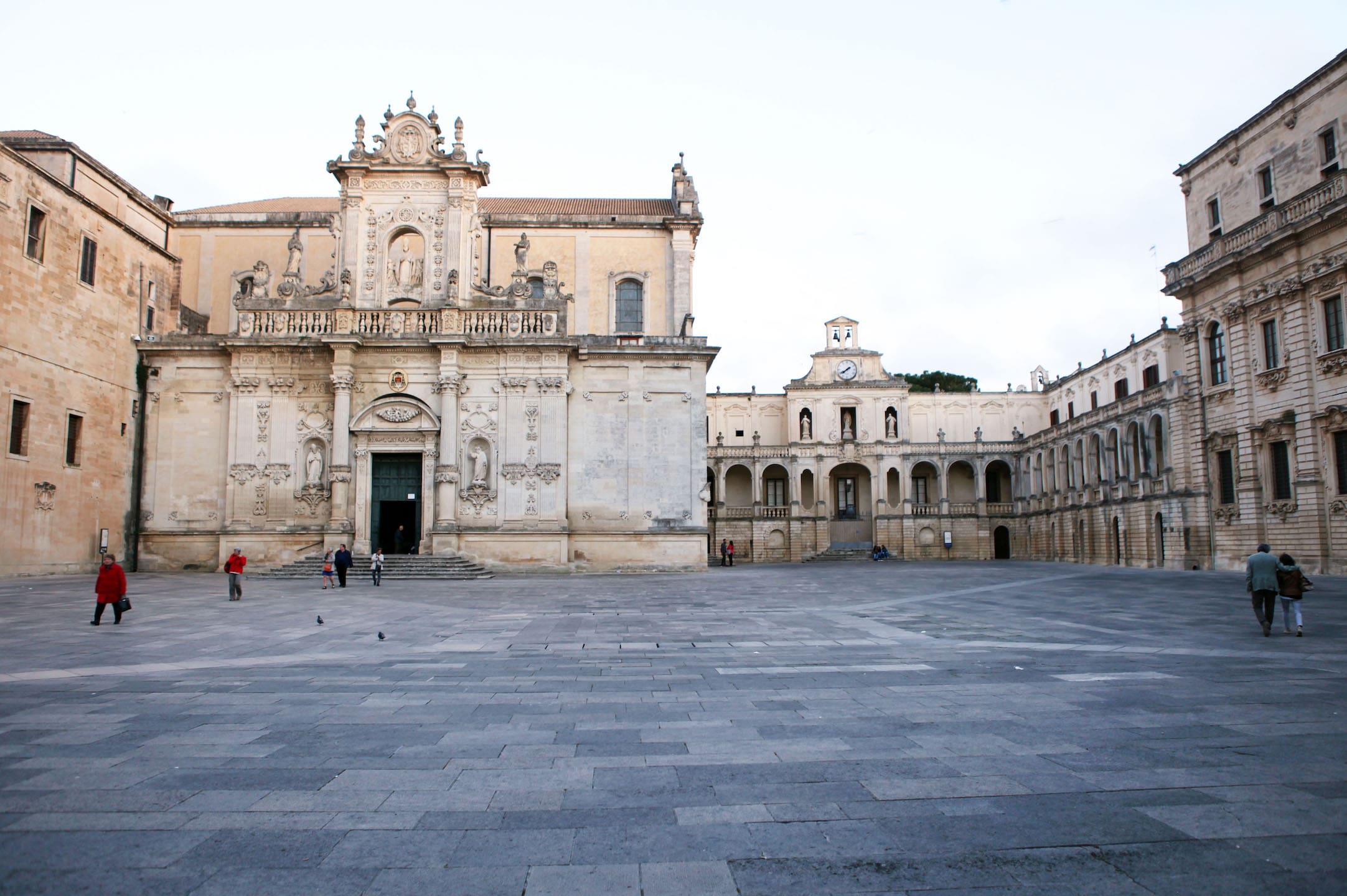 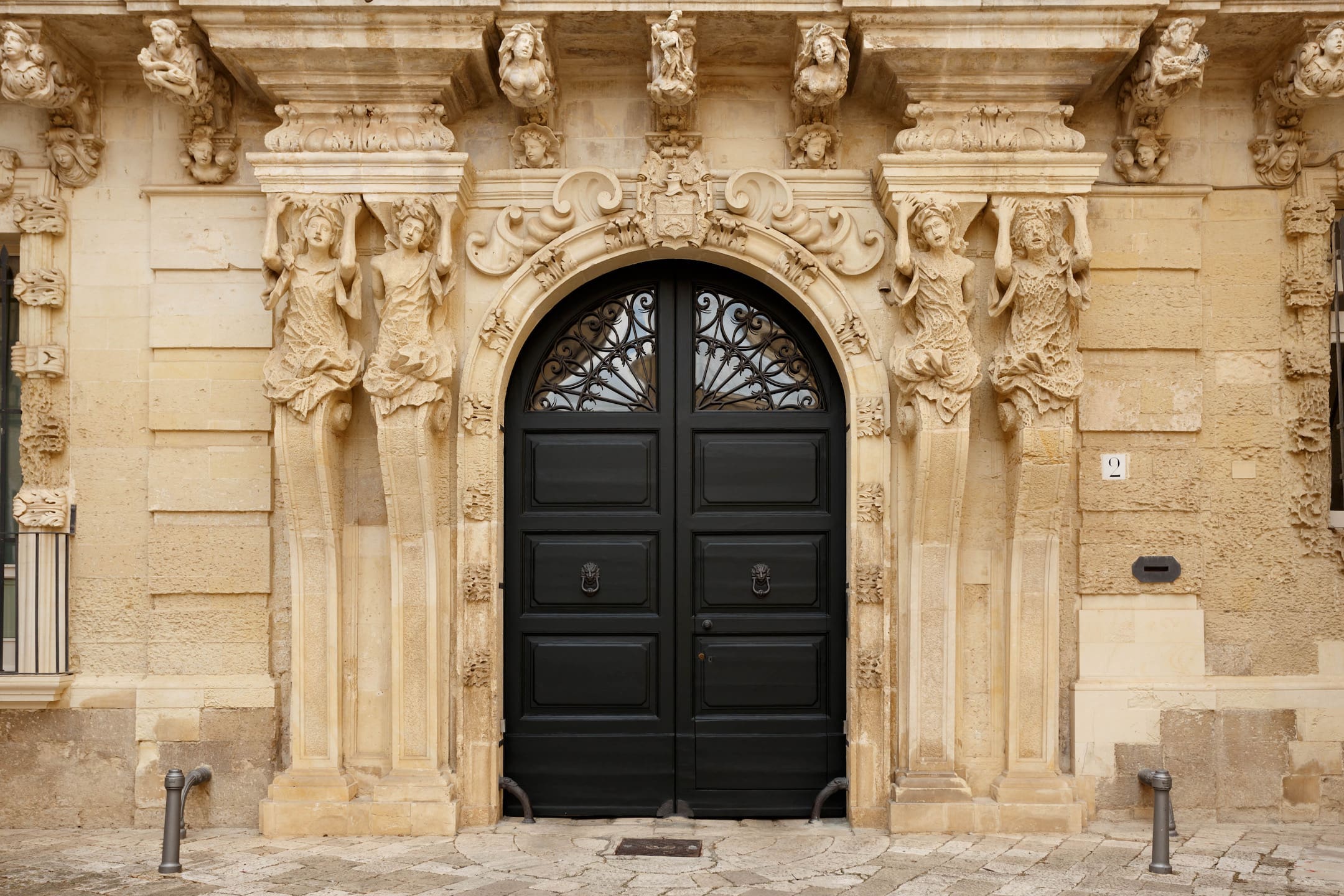 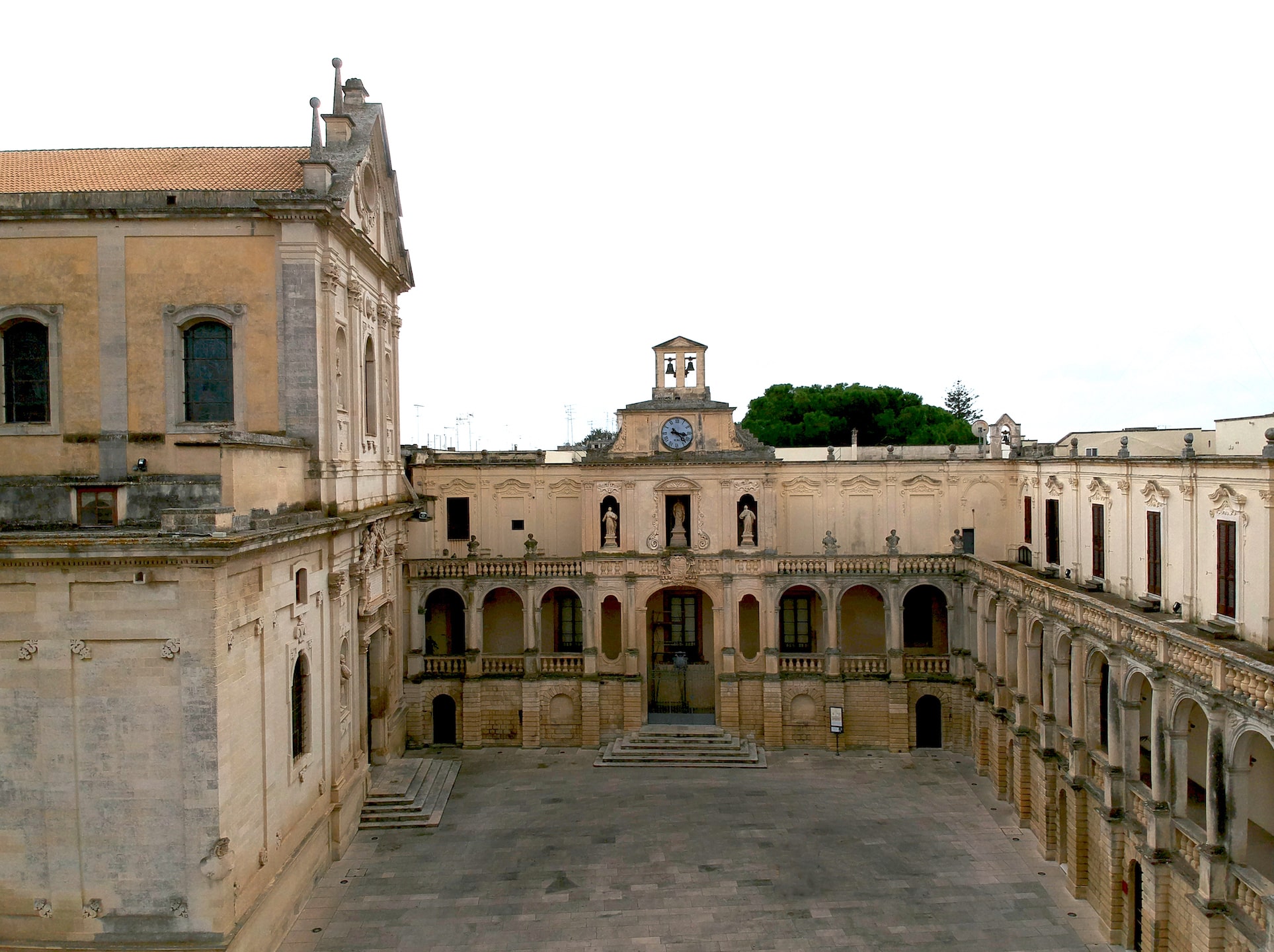 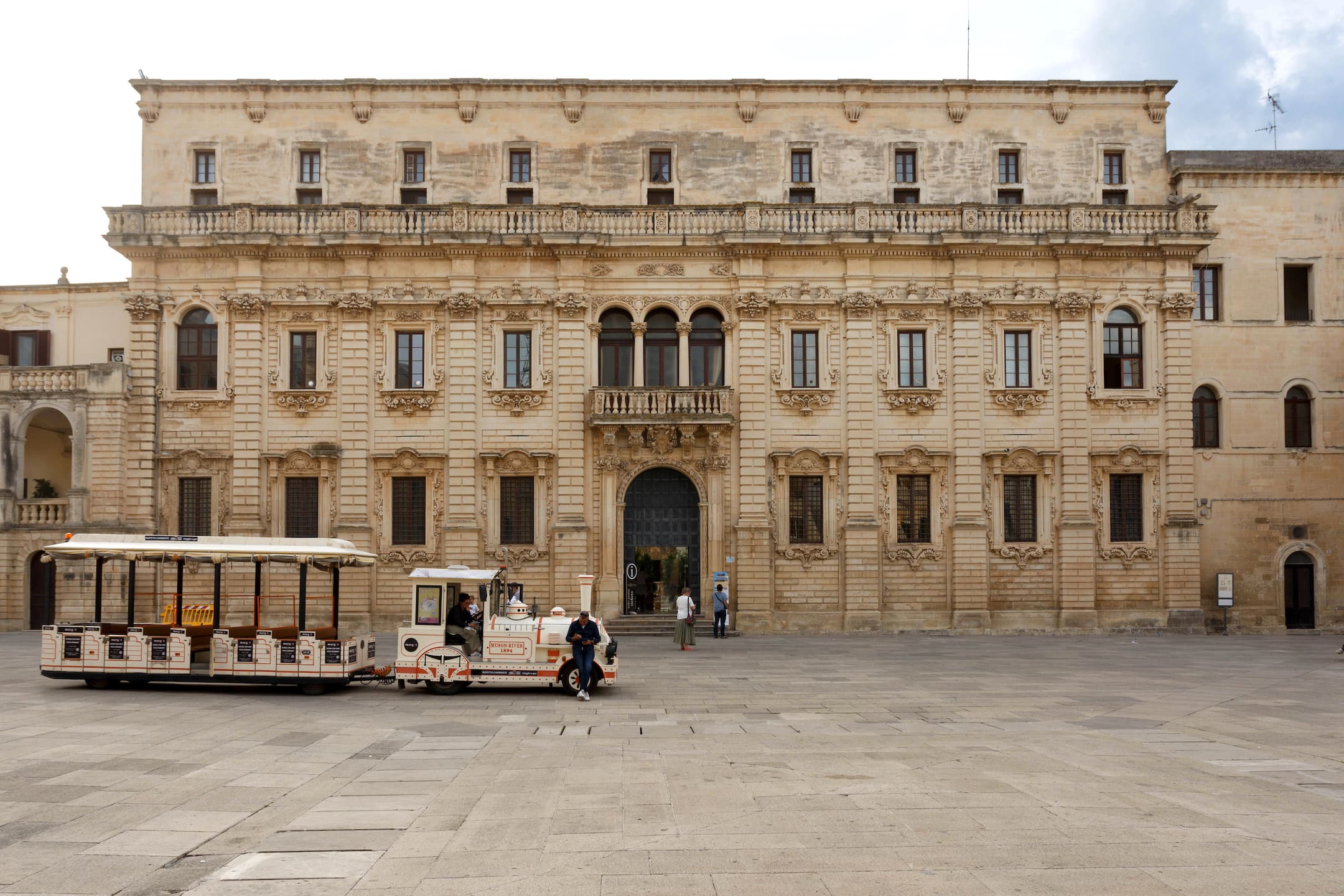 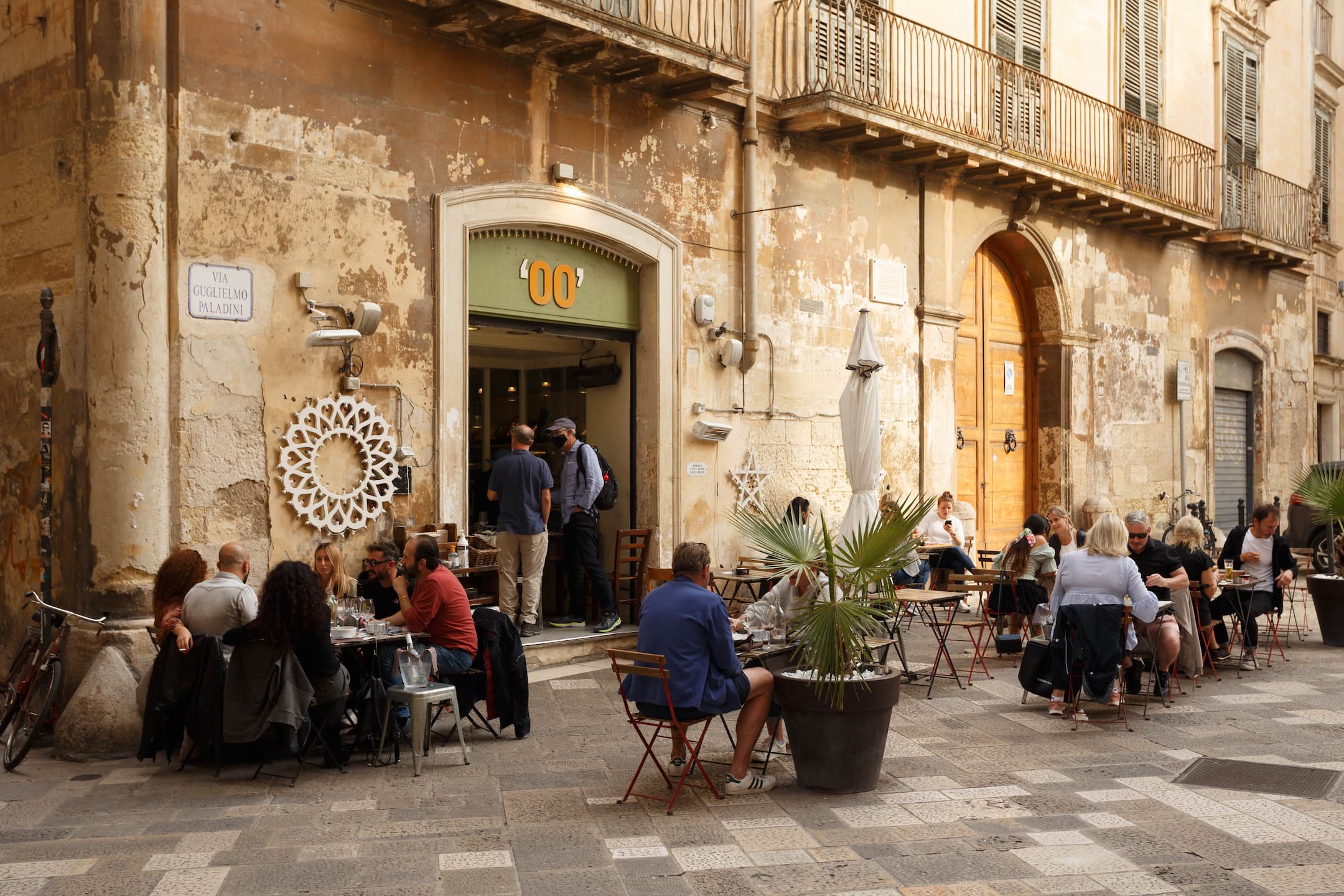 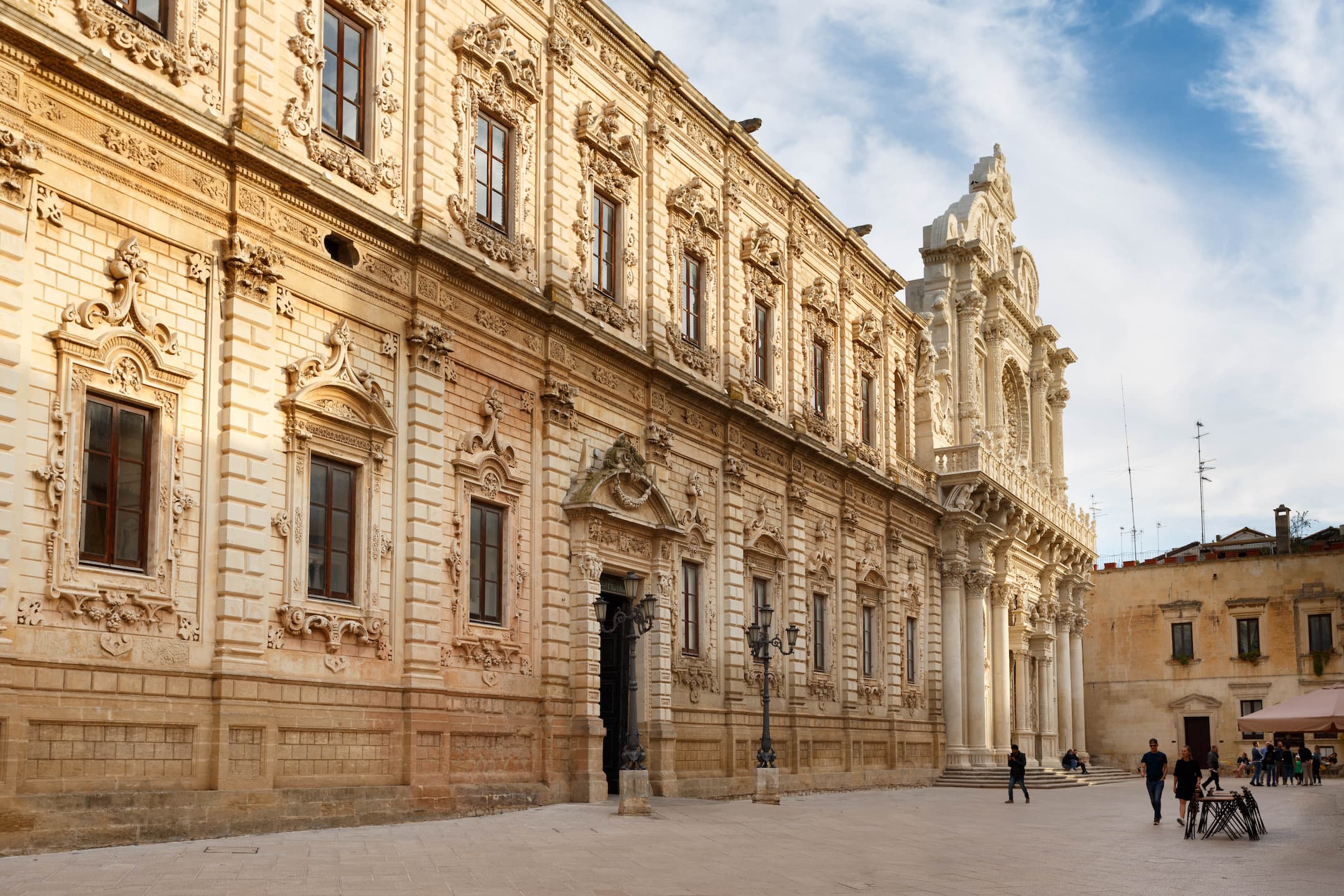 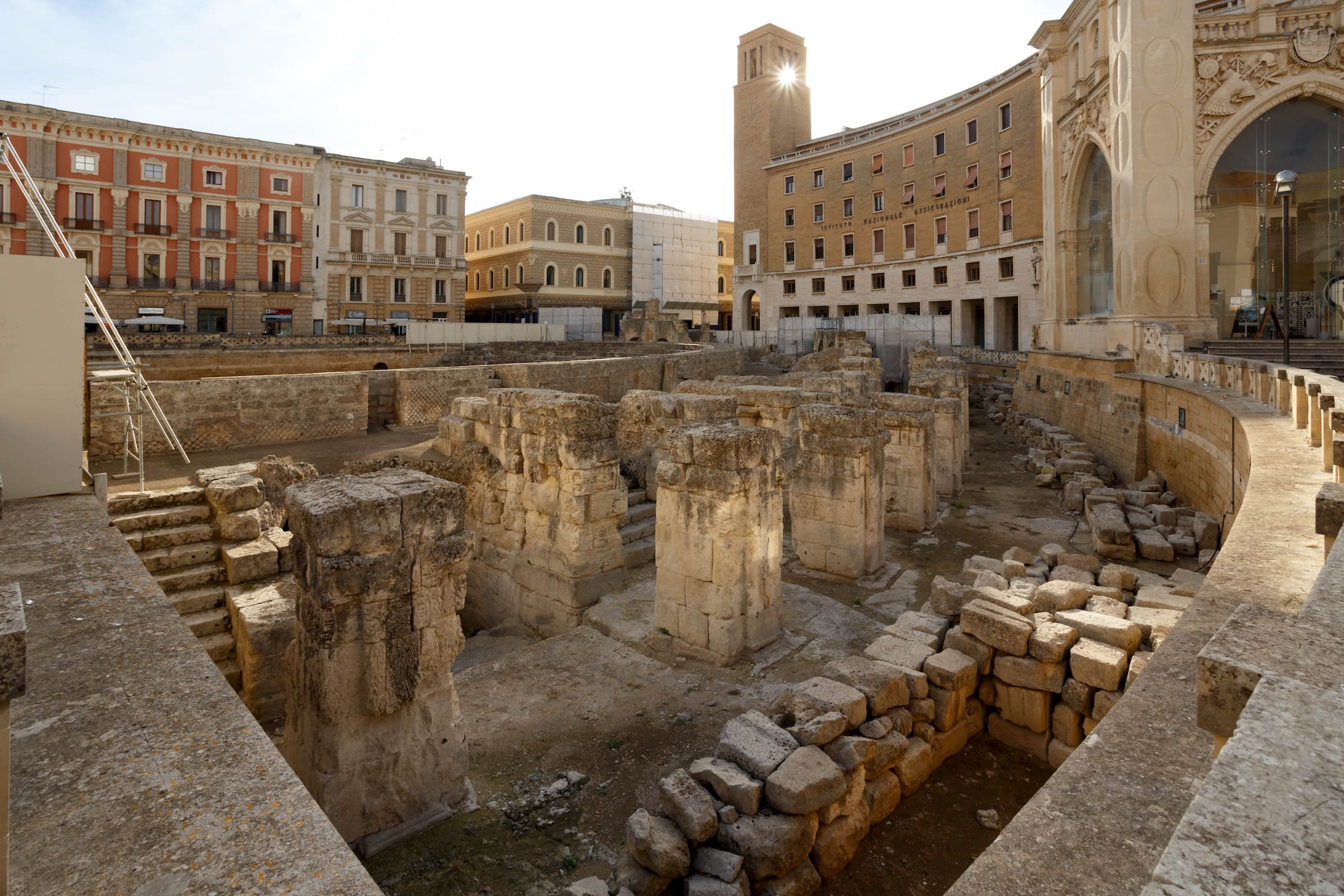 Subscribe to our newsletter to stay up to date and receive our exclusive offers.